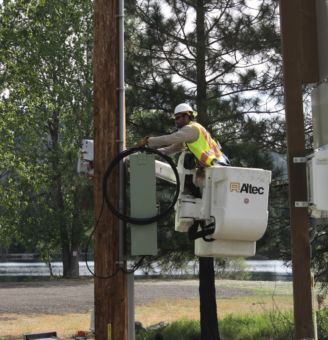 Technology is advancing at what feels like the speed of light. We often know what a new technology is called, but not what it is and how it works. One of those technologies is fiber optic internet.

Fiber optics are thin strands of glass with a diameter similar to that of a human hair. These small strands are braided together to create optical cables that transmit data through light signals.

The light signals are encoded with data that can travel long distances at high speeds. Fiber’s greater capacity for data than other technologies is what allows for its fast speeds.

Two features of fiber set it apart from other technologies: reliability and speed.

Fiber optic cable is less susceptible to environmental conditions, such as extreme weather and temperature fluctuations. Since the cable is made of glass, overall it is the most consistent internet technology available.

Per the Federal Communications Commission, internet speeds of 12 to 25 Mbps are recommended for families with multiple internet users or frequent online streaming. However, a single 4K TV needs a minimum of 25 Mbps to perform optimally. Netflix advises 25 Mbps for streaming. Fubo TV suggests minimum speeds of 40 Mbps.

When it comes to gaming, according to highspeedinternet.com, users need a minimum of 3 Mbps. However, to avoid lag times and see better gaming performance, they recommend 15 to 25 Mbps per player.

The benefits of fiber optics don’t stop at speed and reliability. According to a study, the State of North American Broadband 2017, fiber optic internet increases a home’s value by 3.1%. For a $200,000 home, that is more than $6,000. Another study, Better Broadband Boosts Home Value, found the “availability of high- speed internet is listed by 91% of home- seekers as the most important thing when choosing a community to call home.”

With the latest expansion of its fiber-optic network, PST hopes to make telecommuting a reality, making video connections and conferencing a breeze.

Where users may see the biggest difference compared to their previous internet service provider is when multiple users are connected to the same network. Too many devices on a network that does not have appropriate speeds and bandwidth can slow down each user’s speeds significantly. PST’s fiber-to-the-premise connections are faster than any other service provider and allow for simultaneous streaming of multiple video and data services in the same location.

PST’s efforts to bridge the digital divide are not new. PST was formed in 1987 to offer C-Band satellite TV services. In 1995, it launched the first dial-up internet service in the area. Since then, PST has improved and expanded access to internet services in the region.

To combat the high costs of bringing broadband internet to rural areas, PST has applied for numerous state and federal grants. As part of the American Reinvestment and Recovery Act of 2010, with additional funding from the California Advanced Services Fund, PST built the backbone of its fiber optic system that now serves as the core of its communications infrastructure, and laid the groundwork for bringing high-speed internet access to the region.

As of December 2019, PST has received five additional grants from the California Advanced Services Fund to bring broadband to some of the hardest-to-reach areas of our region. To date, PST has installed more than 300 miles of fiber optic cable.

Where direct fiber-to-the-premise connections are not possible, PST has deployed other technologies, such as wireless and coaxial cable backed by its fiber network, to reach as many people as possible.

PST’s fiber-optic network can provide speeds of up to 1 Gbps, and offers residential packages as low as $65 a month. Business plans start at $109 a month.

If you have not already contacted PST to sign up for service, or get on its interest list, please call (530) 832-4126 or visit the Plumas-Sierra Telecommunications website. 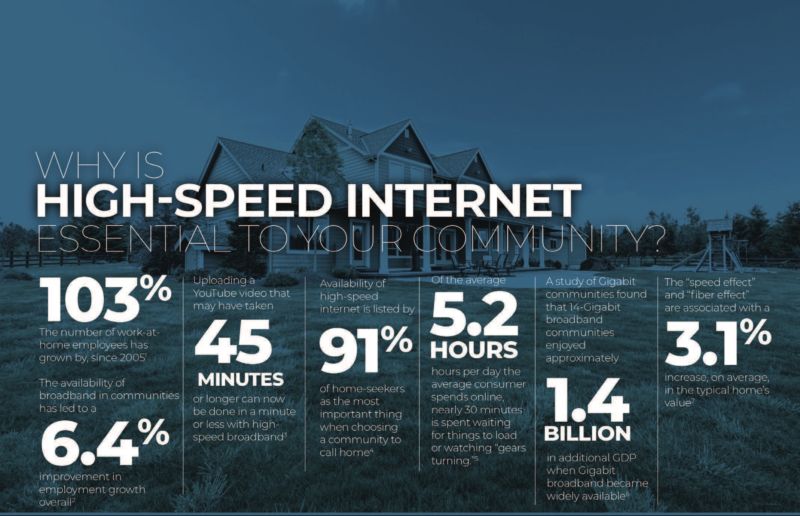