Back to Our Roots

Plumas-Sierra Rural Electric Cooperative hosted its 82nd annual meeting of members Thursday, September 5. This year’s meeting came with many changes, including a new venue, the Sierra Valley Grange, and a new day and time, Thursday evening. These changes were made to save on the costs of the annual meeting and to increase member participation by avoiding conflicting events on Saturdays.

PSREC’s Annual Meeting Photo Contest submissions were on display for all to view.

PSREC Board President Fred Nelson called the meeting to order following the invocation led by Pastor Darren Hogan of the Honey Lake Valley Assembly of God Church, the presentation of colors by American Legion Post 329, the Pledge of Allegiance, and the playing of the national anthem by the Portola High School band.

Director Nelson gave an update on the cooperative, and reminded members about PSREC’s Community Shared Solar Program. If you have questions about the program please call at 530-832-4621.

General Manager-Bob Marshall-spoke to members about the effects of the Camp Fire in Paradise and the resiliency of PSREC’s system during this time. He also gave an overview of PSREC’s Wildfire Mitigation Plan and what is on the horizon in the coming year for the cooperative.

The meeting concluded at 7:15 p.m. with door prizes, including electric bill credits of $200, $300 and $500. A record number of members completed satisfaction surveys, with two lucky members going home with prizes.

PSREC thanks the sponsors of the annual member meeting: the Utah Association of Municipal Power Systems, Tri Sage Consulting and General Pacific.

PSREC knows its members are busy, and we thank all of you who came to participate in the meeting. Please join us again next year and remember that as your cooperative, we are more powerful together. 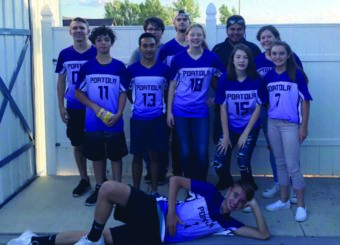 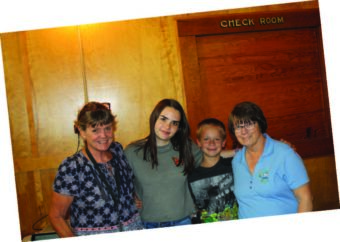 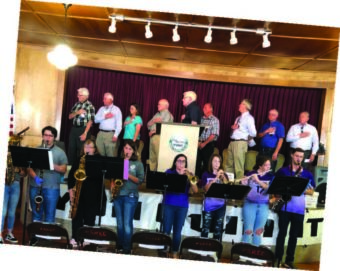 PSREC Board of Directors, General Manager and Corporate Attorney face the flag as the Portola High School plays the national anthem. 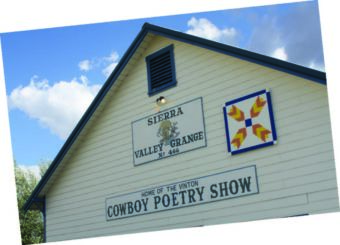 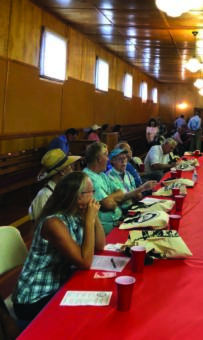 Members catch up and enjoy lemonade and iced tea before dinner is served. 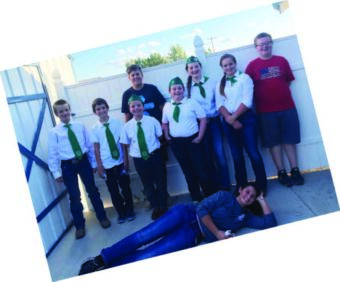 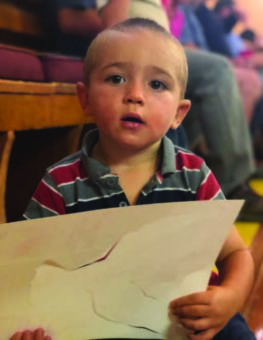 A young member works on an arts and crafts project.