Due to the COVID-19 pandemic, Plumas-Sierra Rural Electric Cooperative’s 83rd annual meeting of members looked a lot different this year. Held Thursday, September 3, this year’s meeting was different in almost every way. Held virtually and broadcast on PSREC’s YouTube channel, the event had to shift from an in-person gathering to a virtual business meeting.

Members mailed in their ballots and were invited to submit questions in advance of the meeting. If you would like to view the annual meeting broadcast, please visit our YouTube channel.

Typically, many days are spent by the Member Services Department preparing and planning for an evening for members and board members to socialize. Last year, we served more than 400 meals at the annual meeting. Local sports teams help us prepare the venue and ice down drinks for members.

Because of COVID-19, unfortunately, none of that happened.

Corby Erwin, member services manager, got things started with an announcement of the winners of the Washington Youth Tour and PSREC/PST citizen scholar scholarships. Next, Corby announced winners of PSREC’s Annual Meeting Photo Contest and presented the photos for members watching.

The second fire to impact PlumasSierra was the Loyalton Fire, which destroyed 10 to 14 structures, including two members’ homes.

The third fire was the Sheep Fire outside Goldrun and then into Elysian Valley that started August 18. PSREC had to replace seven distribution poles to date due to this fire. Crews stayed on-scene for several days fighting the fire and protecting infrastructure.

The fourth fire to hit PSREC territory was the Claremont Fire that started August 17. The fire burned through both distribution and transmission lines.

Plumas-Sierra Telecommunications Chief Operations Officer Aaron Whitfield gave an update from the telecommunications side. PSREC crews and contractors have installed half a million feet of fiber optic cable in the last nine months. Aaron also detailed progress in
the areas for which PST has received grants from the California Advanced Services Fund.

PST lost about 1,000 feet of fiber optic cable during the Sheep Fire. Crews have been working to replace that as quickly as possible.

Following the PST presentation, Director Fred Nelson called the business meeting to order and gave an update on the cooperative. Director David Hansen gave the Treasurer’s Report and spoke of PSREC’s Community Shared Solar Program, which he participates in. If you have questions about the program, please call at (530) 832-4621.

General Manager Bob Marshall told members about the proposed bylaw amendment to include electronic voting for members in hopes it increases member participation in elections. He later answered questions from members during the Q&A session.

We appreciate everyone’s patience with changes to the annual meeting this year. PSREC knows its members are busy. We thank all of you who participated. We hope to see you for an in-person meeting next year! 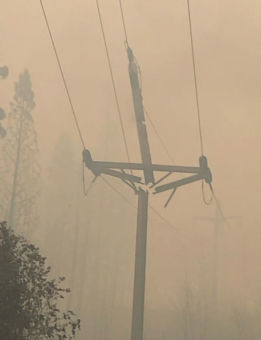 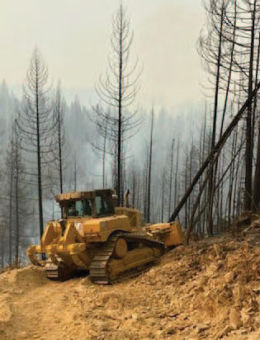 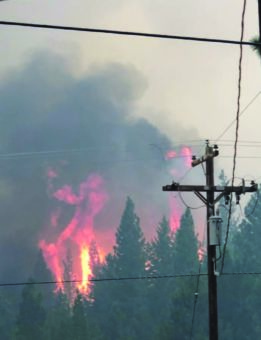